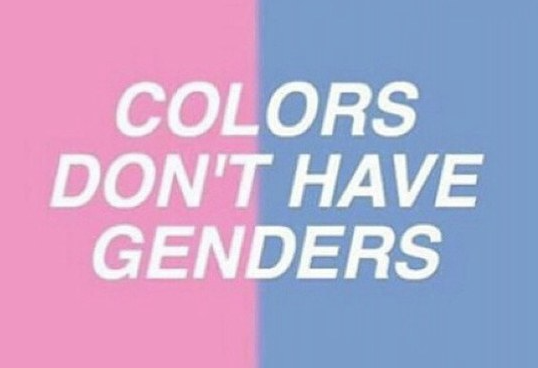 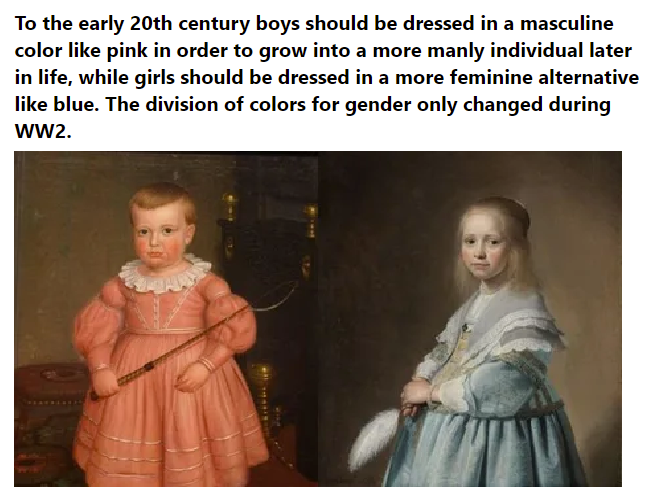 Are your children picky about the color of supplies in their school supply packs?  It just so happens that color preference is taught and highly influenced by media!  Take a look at some of the research we did.

In the 1800s all kids were dressed the same. Pastel colors for baby clothing were introduced in the mid-19th century, and they didn’t become gender-specific colors until the 20th century. Why have young children’s clothing styles changed so dramatically? How did we end up with the pink and blue team? The story of these colors has gone back and forth, and it might as well keep changing.

Here’s proof. The baby in the picture below, believe it or not, is little Franklin Roosevelt. We may find the look unsettling today, yet socialconvention of 1884 dictated that boys wore dresses until age 6 or 7. This outfit was practical: white cotton could be easily bleached, and dresses allowed convenient access for diaper changing. Then pastel colors became a fad for babies: both boys and girls were dressed in a wide array of pastels. 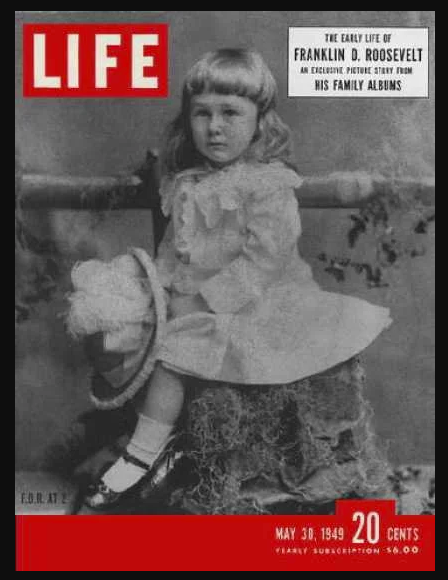 In the early 1900s, the rulewas pink for the boys, and blue for the girls. Yes, you read it right. Pink was considered a more decided and stronger color, more suitable for the boy, while blue, which is more delicate, is prettier for the girl. Other sources said blue was flattering for blonds, pink for brunettes; or blue was for blue-eyed babies, pink for brown-eyed babies. However, this trend of pink for boys was not as overwhelming as our current color-gender designation.

At the beginning of the 20th century, some retail stores began suggesting “gender-appropriate” colors, for marketing reasons and so that parents would buy new clothes instead of passing the old clothes to a newborn sibling. Today’s color dictation wasn’t established until the 1940s, as a result of Americans’ preferences as interpreted by manufacturers and retailers. But it could have gone the other way. The baby boomers in the 1940s were the first to be dressed in the gender-specific clothing that Americans are familiar with today. Boys and girls were dressed like miniature men and women instead of uniformly in children’s dresses. Pink became the girls’ color, blue the boys’.

In the mid-1960s and 1970s people who took part in the women’s liberation movement thought that dressing young girls in feminine clothing would limit the girls’ opportunities for success, and many parents began favoring neutral colors and fashions. Now young girls were dressing in unfeminine styles.

By the 1980s, however, gender-oriented kids clothing had come back into fashion strongly. Also, clothes-washing technology began to allow cleaning and bleaching of colorful clothes without damage. Disposable diapers were also manufactured in pink and blue. So the baby boomers were raised in gender-specific clothing.

Nowadays, there is a growing demand for neutral colors for kids. The loss of neutral clothing is something that people should think more about. Only 100 years ago, the fashion world may have divided children into pink and blue, but in the world of real individuals, not all is black and white. There is no such thing as boy colors and girl colors. There are only colors. We all can choose to like any color we want.

There was an interesting article I read, about a Kindergarten teacher who asked her students a few simple questions about what it means to be a boy or a girl.  The teacher tracked their responses, and was surprised that at 5 years old, her classroom already had the presumptive notion of gender roles - a few examples were girls wear pink, boys wear blue, girls play with tea sets, and boys play with cars and blocks.  The notion that we have specific gender related items we can play with, wear, or even bring to school, has been set forth for many years.

The honest question to ask ourselves is, how can we become more 'neutral’ with colors without using the typical neutral colors?  Why can’t boys like a pink school supplies? Why can’t a girls desire blue items in their school supply packs?  Why can’t a boy student receive a pink or purple folder, binder, or book bag in his school supply pack without being worried about being bullied?  What about a girl wanting to have a blue folder, and book bag because it’s her favorite color?  These are serious questions that as educators and parents we have to ask ourselves.  We have to make sure we are accommodating to everyone’s feelings - socially and physically - but we need to give students and children the chance to think for themselves.  We need to give them the chance to express why they feel a certain way about a boy liking pink or a girl playing with cars.  The earlier we can expose kids to these feelings and thoughts, the easier it will be to address and life long issues.

Gender-specific colors shouldn’t hold anyone back from enjoying the plentiful colors of the rainbow in the way they see fit, and we as parents and educators should embrace it with them.